Back to Cali / POS Car

With my travel companions Angelica and Uma by my side, we began our new journey together the obvious way… by buying a chep beater SUV from a sketchy guy on Craigslist.
Found one! I introduce to you all… Jesus, the 26 year old Nissan Pathfinder with 322,000 miles on him. You read that right folks. He’s been driven just under one third of one million miles. Dude probably found the original path that Nissan was talking about when they named the car. 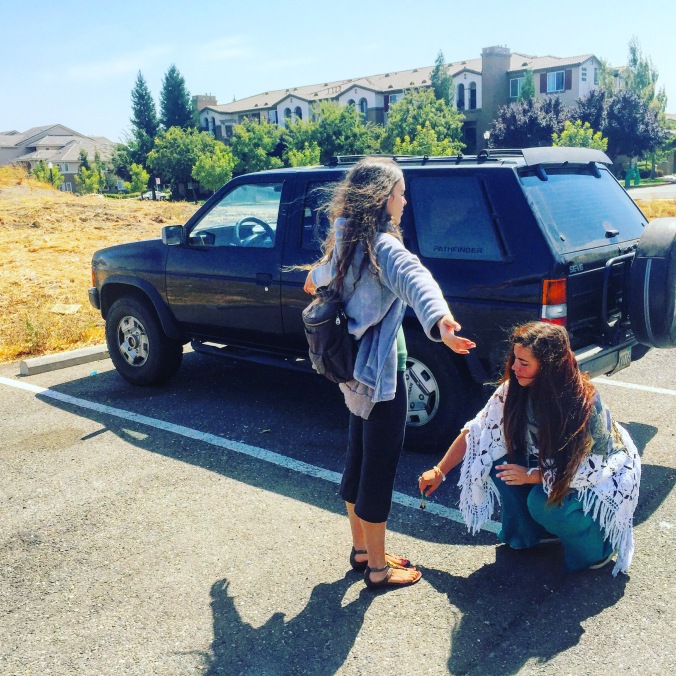 Here you see Angelica properly smudging our new car, Jesus, and its inhabitants with sage before our journey north into the wilderness

Before hitting the road, we needed to make a few stops to pick up some camping essentials. 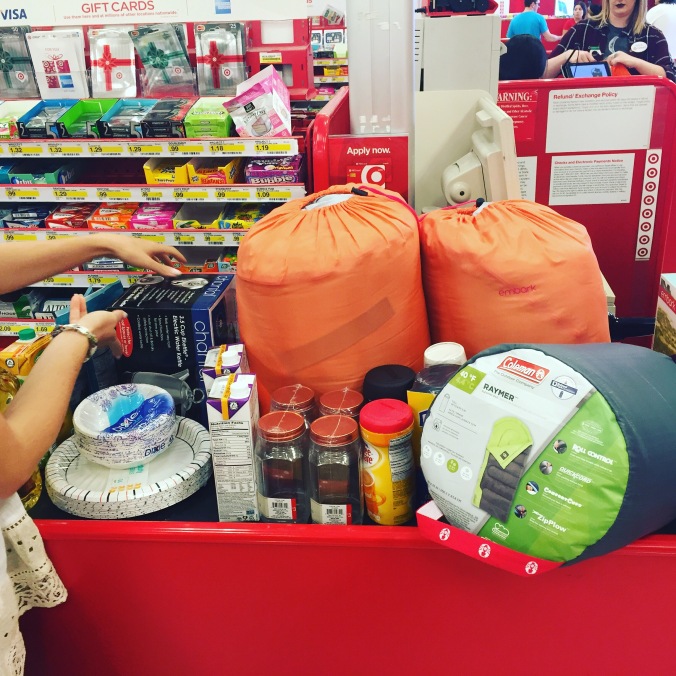 Shortly after we finished shopping, I received a long message from our girl Cristina in Thailand. She is having an amazing time and has just arrived in Chiang Mai. A random course of events lead to her tuk tuk driver dropping her off at the “wrong” spot where she just so happened to see the below photo. 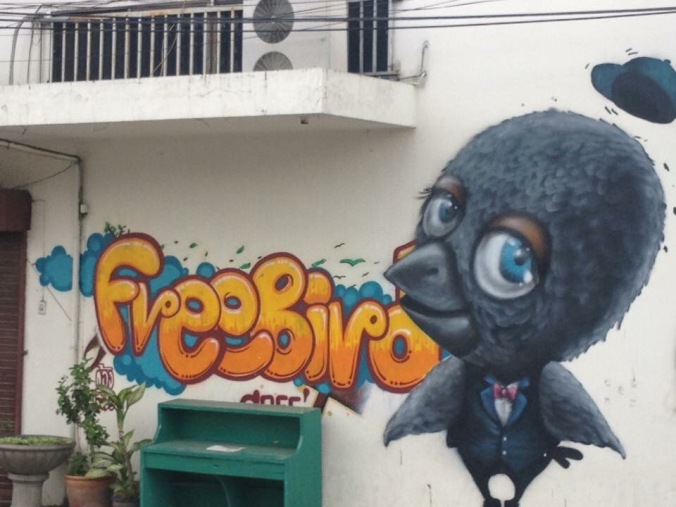 It was here that she found a French Cafè owned by a woman that asked her if she would like to tour her village, go to an elephant sanctuary and then go canoeing down the river… and stay with her free for the next 3 days. Surely this was completely coincidental and not an act of synchronicity. 😏

Back to California… Now that we’re ready for the woods, I wanted to start the day off right with a little parking lot yoga. 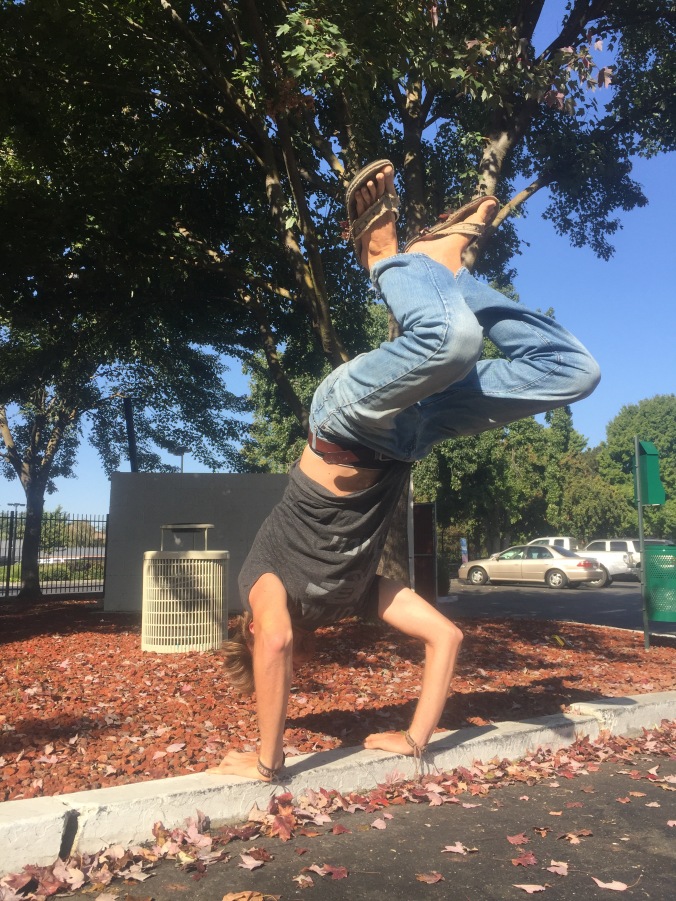 Somewhere between crow pose and handstand 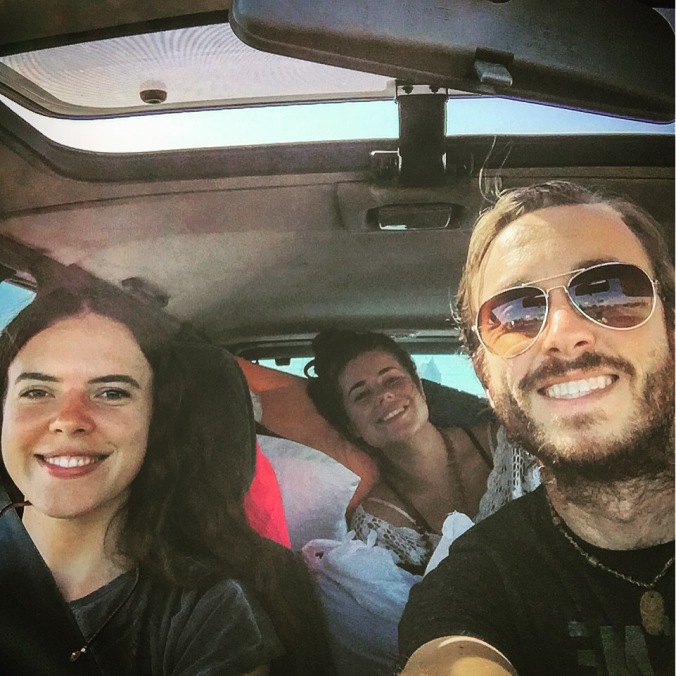 So… Why did we decide to go to Mount Shasta? Aside from its beauty and our calling as a group to be closer to nature, Mount Shasta can be considered one of the most sacred places on the planet and is even said to be an incarnation of the Great Central Sun of the universe. Aside from the mountain being widely considered the location of the Earth’s root chakra, many legends about this magical mountain have been passed through the ages. Some of these include but are not limited to the Lemurian migration 12,000 years ago, “The Little People of Mount Shasta” and even Bigfoot sightings. 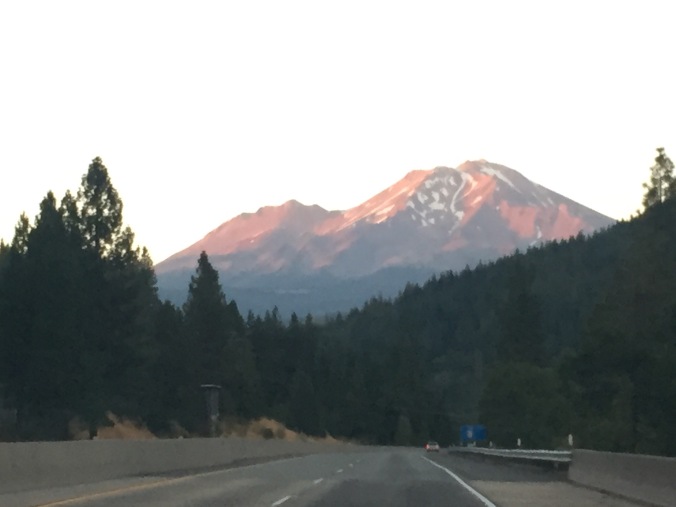 Mount Shasta, we’re coming for you!

Once we arrived at McBride Springs Campground, we set up our tent like pros! My favorite part about this tent is the open mesh roof so we can fall asleep staring at the night sky. 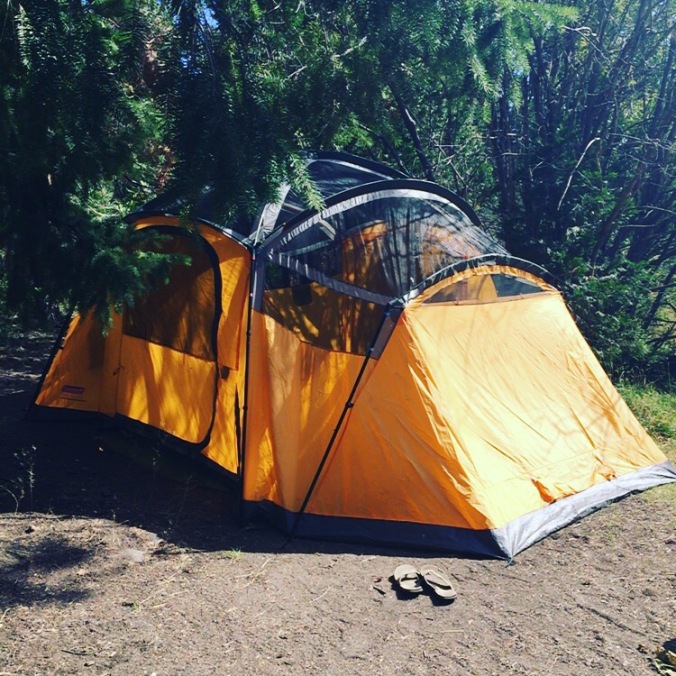 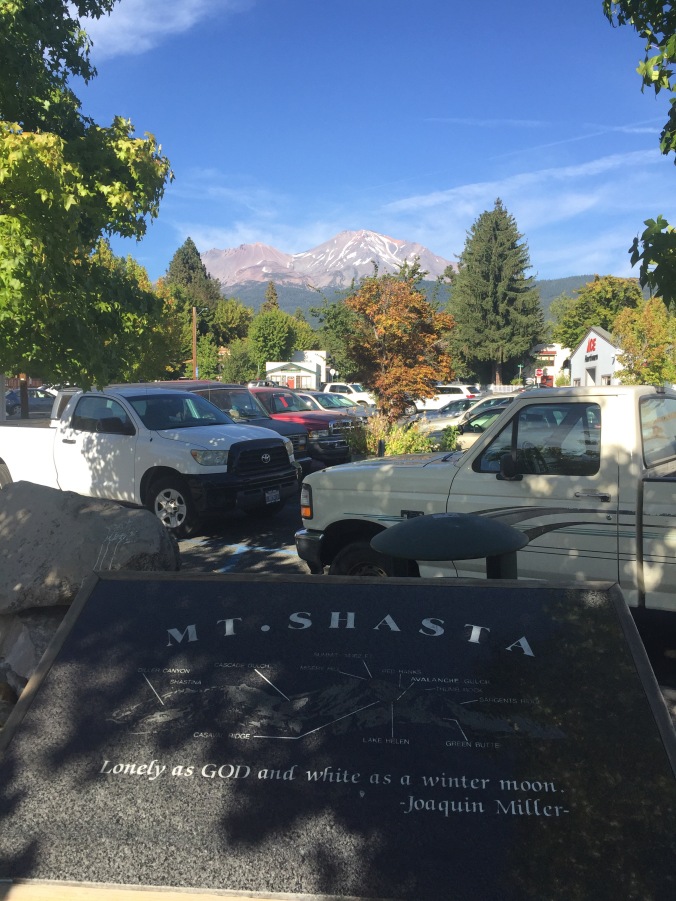 Later that day back at the campground, Uma took charge of dinner 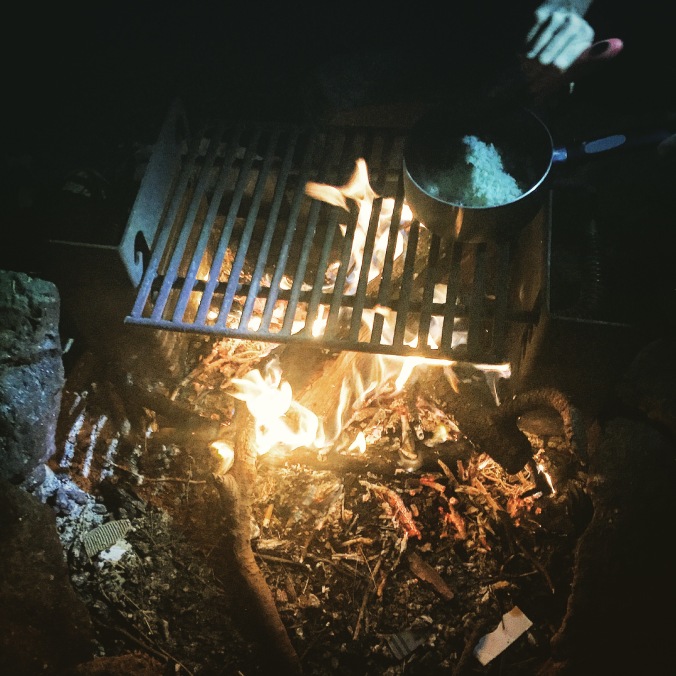 Dinner consisted of coconut rice, lentils and butternut squash soup… it was amazing

Tomorrow we’ll do some exploring…

After a good night’s sleep, we all headed into the town to explore the local shops. The Crystal Room in the City of Mount Shasta was doing it right! They had tons of crystals, precious stones, statues, artwork Himalayan Salt Lamps and so much more! 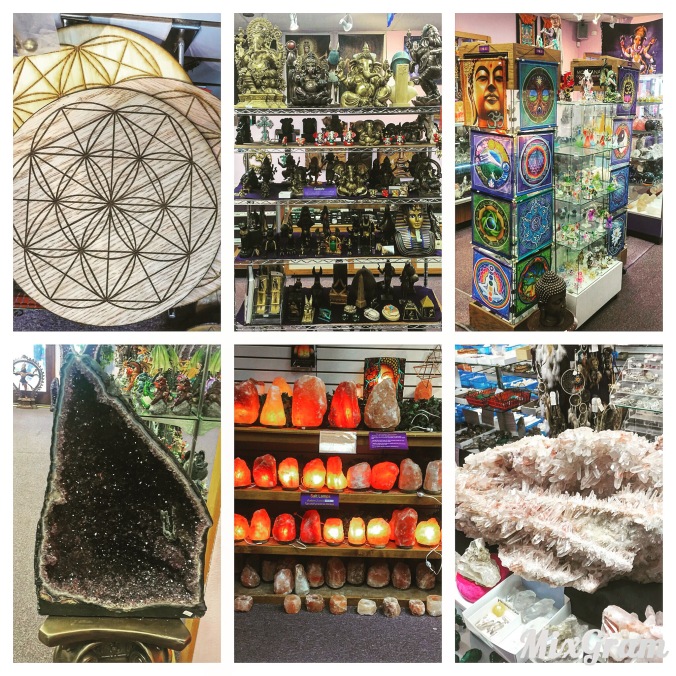 We packed up our site at McBride to find a new campground, hopefully with better views of the mountain. 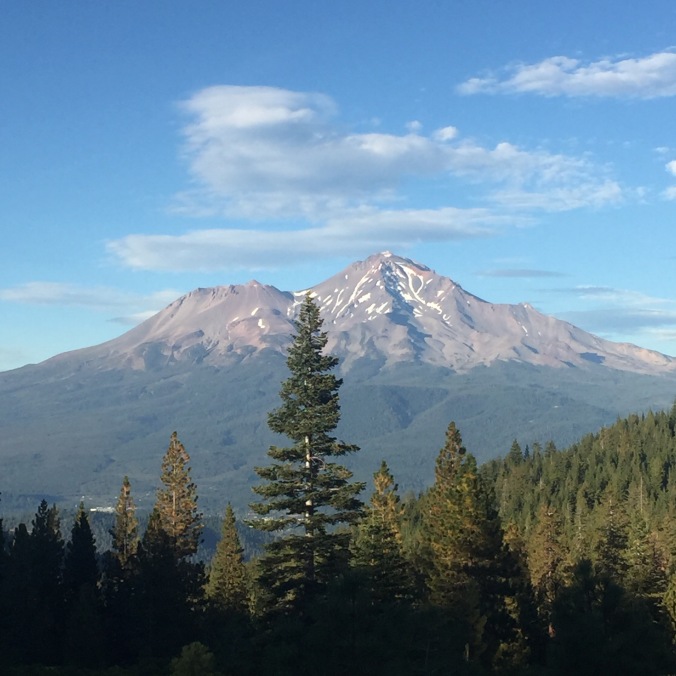 On our search for a new campsite, we had to get out and take in the beauty in front of us 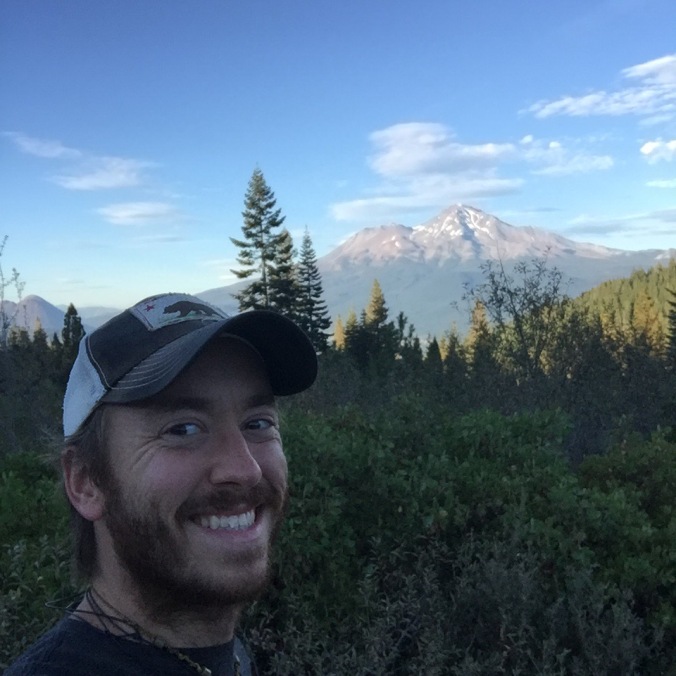 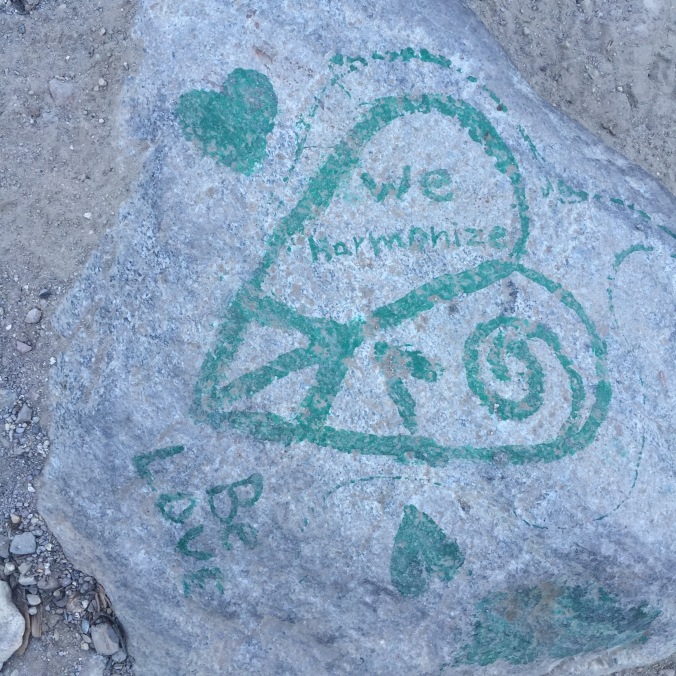 Found this on our hike in the mountains❤️ 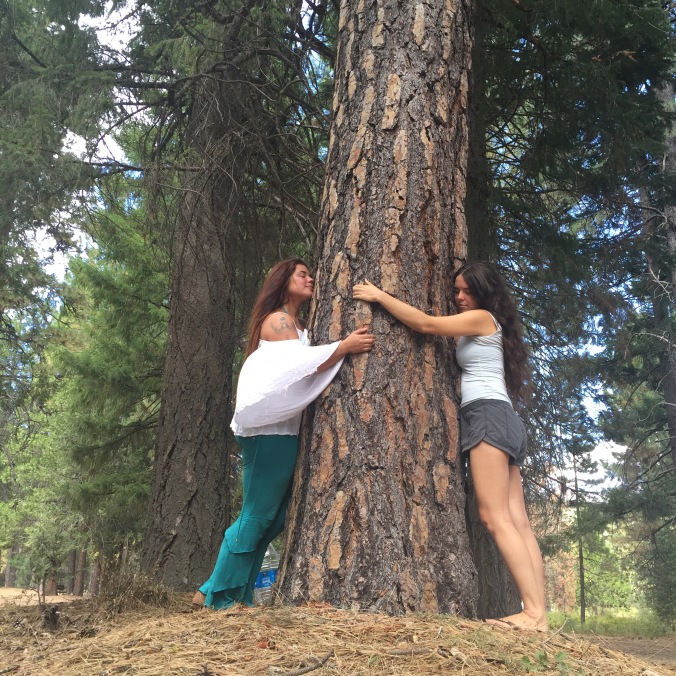 Just a couple of tree-huggers 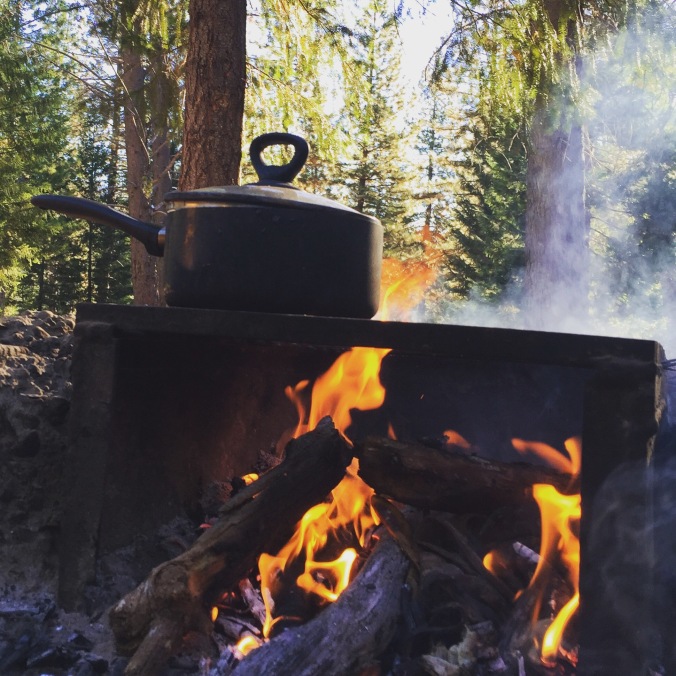 For some reason, breakfast cooked over an open flame always tastes just a little bit better!

On Sunday, we spent some time relaxing by Lake Siskiyou watching the clouds dance atop Mount Shasta before we said goodbye and headed to our next destination.

Below is a time lapse I took of the clouds over Mount Shasta… Enjoy!

Early this week, the three of us will be packing up Jesus as we head out on our next adventure.

Find out where we’ll be next Monday!

Thanks for following freebird!